“Future of the Internet”

New Delhi, India—Internet Rights team—Niki Shah and Priya Alika Elias—attended the roundtable discussion with Vint Cerf on “Future of the Internet” hosted by Observer Research Foundation.  In his keynote lecture, Dr. Cerf traced the history of internet and how it got started in the 1960’s and 1970’s in the United States.  Based on the historical overview and in the India context, Dr. Cerf noted that the objective of the internet was to make it open so that all countries and communities can access it for information, develop products and services that cater to the local population and can serve as a networking tool. 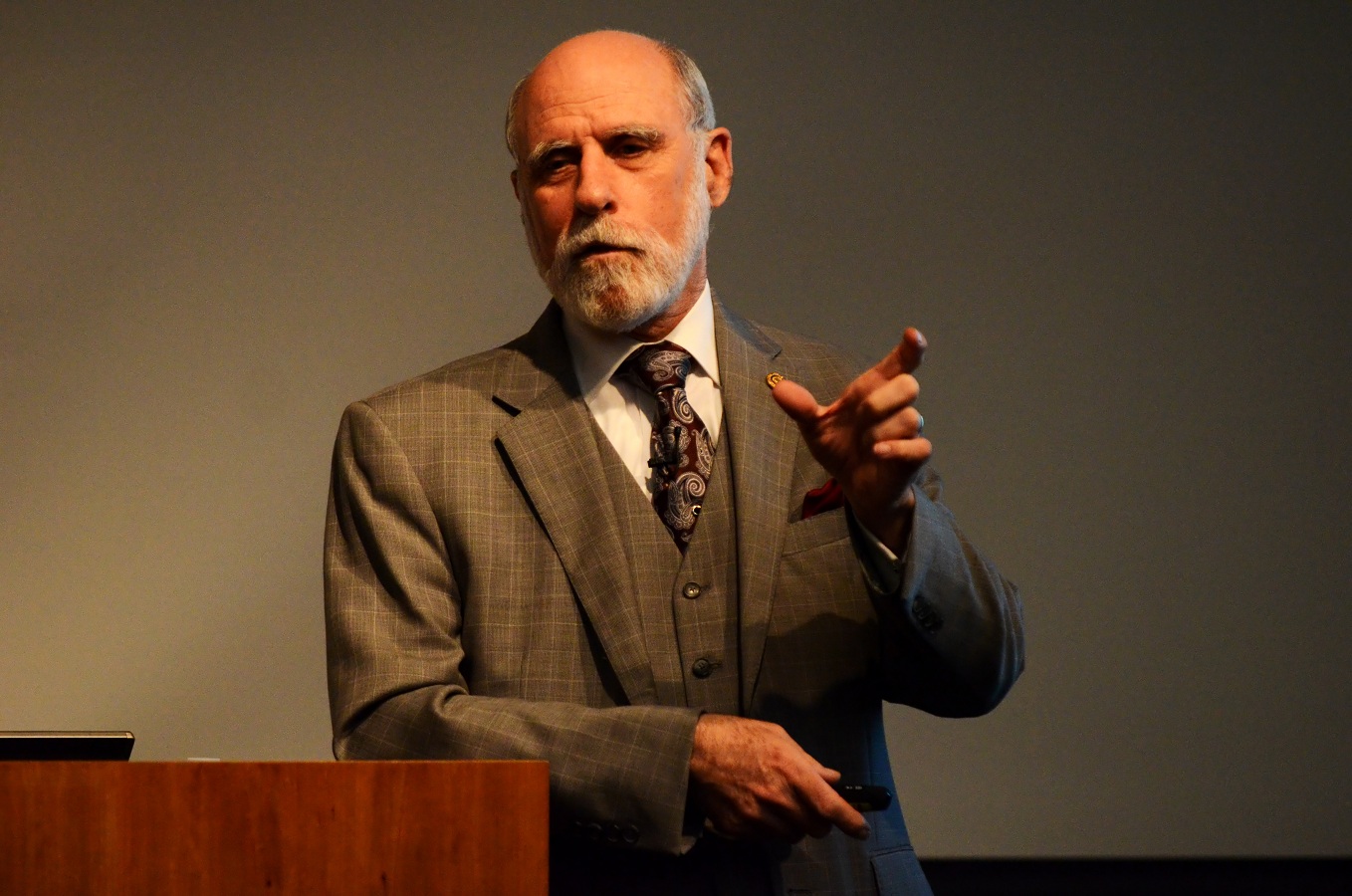 He further stressed on experimentation and the fear of failure in India and give entrepreneurs the freedom to fail—or the freedom to take risks. Larry Page, Google Founder, encourages employees to “reach the stars” and in that pursuit, if the employee fails to reach that target, he or she may end up reaching the moon.  In essence, failing is part of the entrepreneurial process one goes through to determine highest point.  In that context, India may want to encourage experimentation and failure and then be able to learn from those failures, because currently, the fear of failing prevents or hinder the entrepreneurial spirit.

In the Indian context, Dr. Cerf noted that accessibility in urban and rural areas is highly important so that these services are catered to the 2/3 of population without internet. In that sense, it might be important to ask:

With the increasing number of internet users globally, there are some good and bad actors, respectively, said Cerf.  In that context, there might be some evidence and possibility of setting up a virtual “fire department” that would handle cyber security breaches.

IT Act:  The implications of Information Technology Act could have a chilling effect on free speech.  Not only does it criminalize any speech that falls within the broad category of ‘annoying’, but it also heavily penalizes intermediaries such as Facebook.  Additionally, the blocking of certain websites that host videos (such as Vimeo) without an open and transparent government process is a concern.

Climate Change and Internet Infrastructure:  In light of the cyber security and cyber-attacks debate, it might be pertinent for the civil society to raise questions around governments’ preparedness and response to adverse effects of climate change (i.e. earthquake, Tsunami, floods…etc) on internet infrastructure (i.e. towers, cables, undersea networks).

Dr. Rai expressed some concerns about the goal of getting a billion people online by 2020, stating that Government of India needs to expand the dialogue first in order to screen challenges.

On the other hand, Ms. Aruna Sundararajan, Administrator, Universal Service Obligation Fund, pointed out that India needs to improve literacy level in parallel with internet access—since 2/3rds of the Indian population lack access. She recommended that a key change going forward would be to look at people as ‘users’ not as ‘consumers’.

“Future of the Internet”