The Social Dilemma is an American docudrama that talks about the rising impact of the social media applications on human lives. 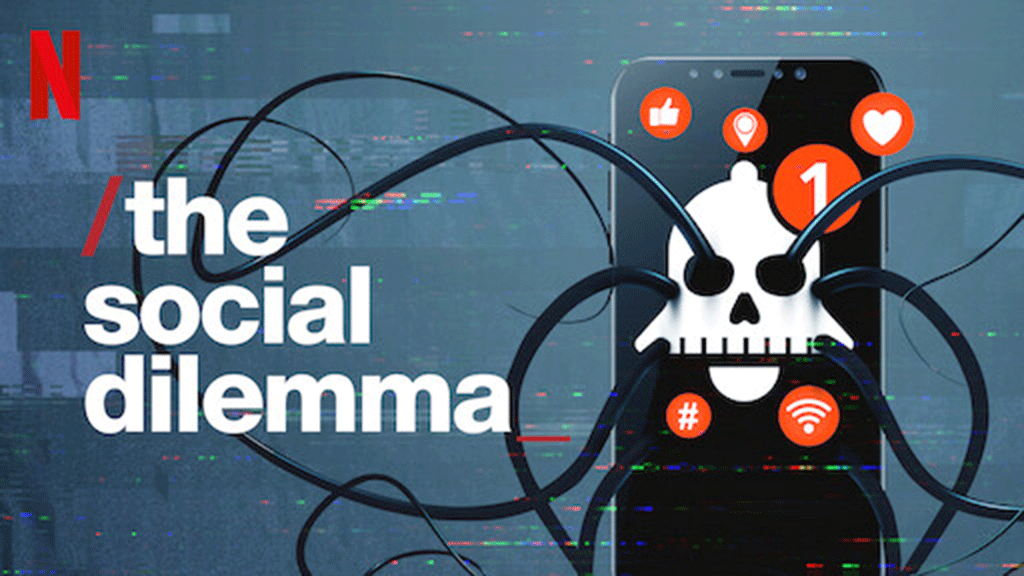 The Social Dilemma is an American docudrama movie directed by Emmy Award winning director Jeff Orlowski. The movie talks about the rising impact of the social media applications on human lives. The narrative of the movie follows interviews of former employees of social media organizations like Facebook, Twitter, YouTube etc and a parallel dramatized version of a story of a middle class family with teenage children going through the negative impact of social media.

The overarching theme of the documentary focuses on the point that while the invention of social media was not inherently for bad purpose but the business model relies far more on propaganda and negative and hence it has become an easy tool for those things to be spread in society. The system of recommendation which works as rabbit hole is a way to keep the users hooked but it builds a wall around a user where she is witnessing only one kind of ideas and as the belief grows stronger in those ideas, it leads to polarization in the society since the user tends to wonder why other people are not able to see what is easily visible to her all the time.

The movie may act as eye opener for a number of people. It invariably makes you wonder about your social media choices and asks for introspection. The documentary gets you on the edge and simplifies the process of Artificial intelligence through fictional example of one family and one person at a time from that family, and the focus of AI on them through the metaphorical and literal surveillance.

While, the documentary talks about important issues that are factually correct, the criticism in my opinion, (perhaps harsh in terms of my knowledge about social media and its impact) is that what is being told is nothing new.

It has been in public knowledge of how social media works and impacts a human life. The theme of documentary is that the makers of those social media application did not have bad intentions, rather they did not fully understand how it could be utilized in a negative manner.

This seems a weak explanation. Again the blame is on the business model but it conveniently ignores the fact that modernizing success of America and the western society was built on the same business model of capitalism and free market. The same system and the success that was detrimental to the global south. The only difference here is the impact is visibly on the North as well and hence the worries.

It is unfathomable how without changing the global capitalist system, the social media companies and their working style can be changed. The social media is Pandora’s Box and it is open and cannot be shut now. The only way is to minimize the impact through the collective will as suggested in the documentary. But the collective will cannot be imagined if the society is inherently built with the belief of free and individualistic profit making model of market.

One cannot blame Facebook or YouTube’s desire to make money, if the makers grew up with the ‘American dream’ and were taught to maximize the profits at any cost repeatedly in business schools. The documentary is crisp in nature which makes it eye opening for the majority of people with less information about such things but the things talked in the documentary are not new. It carried a “techno negative” point of view while using the technology. The theme is extremely negative about technology without explaining the ways out of it. It puts the onus on the users, rather than the makers and governments.

The views expressed are the author’s own and do not represent the views of DEF.

Tarun Pratap is Research and Advocacy Officer at Digital Empowerment Foundation. When she is not analysing the various intersections between society and the technology, he likes to read and believe absurdist philosophy.